A pious pledge for war credit

The object at issue here is a votive crown made of silver wires, pearls and set stones around 1720/25 for a silver statue of the Madonna in the outer castle chapel in Burghausen. In 1871, the crown came into the possession of the city of Passau on winding paths, claiming that it was a foundation of Duchess Hedwig to the Burghausen picture of grace. A few years later it was declared the bridal crown of the Polish Princess. The latter had married Duke George the Rich of Lower Bavaria in Landshut in 1475. Afterwards she resided on Burghausen.

The silver statue of the Madonna actually already existed in the castle during Hedwig's time. However, it is lost today. The Silver Madonna of the pilgrimage church and fortified church Kößlarn, an associated partner of ViSIT, which was made in Passau in 1488, still conveys an impression of such a statue at the end of the 15th century. By the way, Georg the Rich had donated a charity in Kößlarn eight years earlier.

Georg der Reiche's work can be traced throughout the entire region of Inn, Salzach and Danube. In 1497, he bought Neuburg on the lower Inn from the Habsburg Emperor Maximilian I. Neuburg. In today's Tyrol he extended Rattenberg Castle, which bears great resemblance to the fortification on Eggenberg Castle built at the same time under George. When the Bavarian War of Succession broke out after his death, the aforementioned Maximilian I took the Kufstein fortress together with Rattenberg and Kitzbühl. Since then these have been an integral part of Tyrol.

At the end of the War of Succession, the successors of the rich dukes of Lower Bavaria had to settle their war debts with the Altötting Pilgrimage Foundation. Thus a major work of the goldsmith's art, the "Golden Horse", created in 1404, came to its present location.

And something else can be told about the crown, castle and war - six hundred years later: the so-called "Bridal Crown of the Hedwig of Poland" shows how digitalisation and digital infrastructure can interact in the ViSIT project. The crown was digitized using laser scanning and CT scanning; data on the events and references around it are linked and retrievable in the ViSIT graph database, the virtual depot. 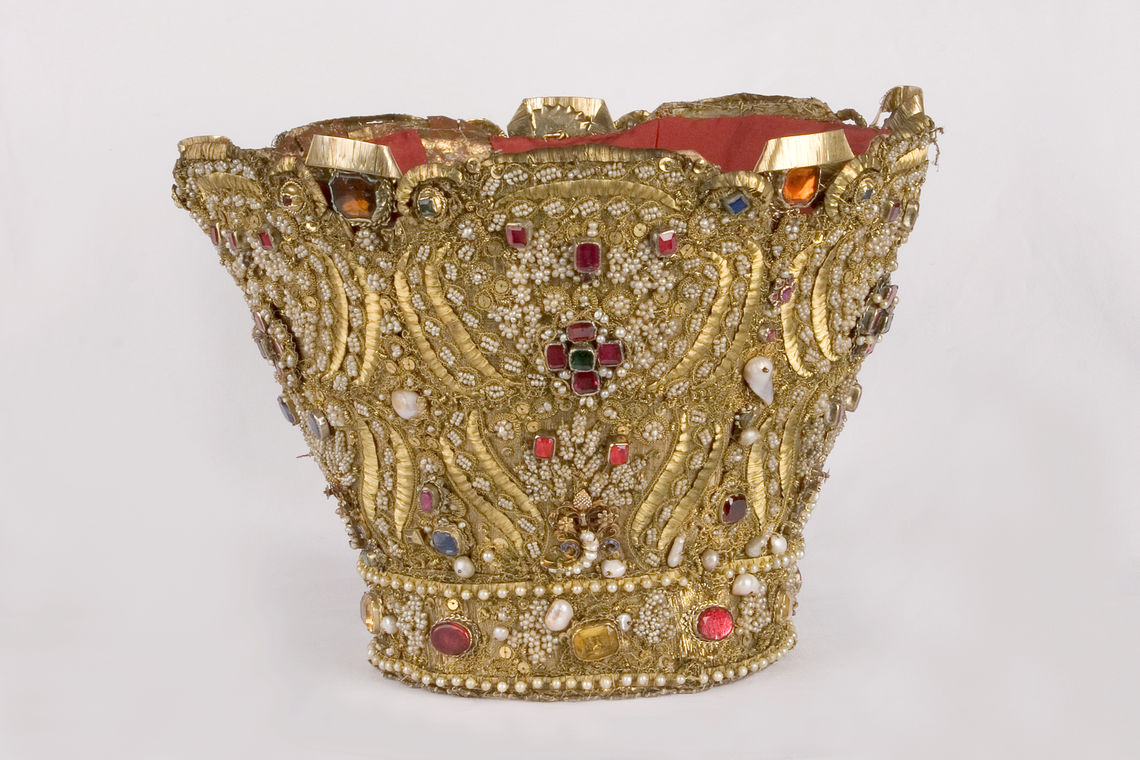