Armouries and Storages in Cities

Grain storages in cities were mainly used to store the grain deliveries of subjects.

In the Bavarian town of Kelheim, for example, the duke's subjects had to deliver their tithes to this building. The ducal granary was built at the end of the 15th century from the remains of Kelheim Castle. The elongated building on a rectangular ground plan has two storeys. On the ground floor, massive round pillars divide the room into two naves, on the upper floor this is performed by wooden stands. The high pointed roof was again divided into three storage floors. Each floor and each intermediate floor had its own large gate on the gable side. These window-like gates served to transport goods directly into the respective floors by a freight elevator with pulley mechanism installed on an protruding arm at the top of the building. 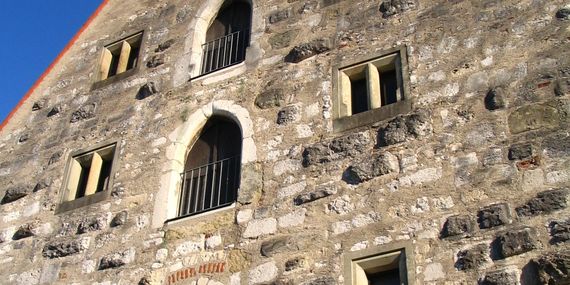 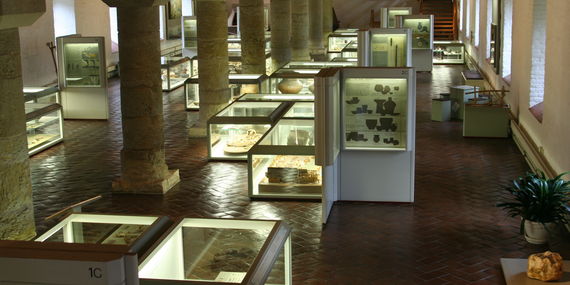 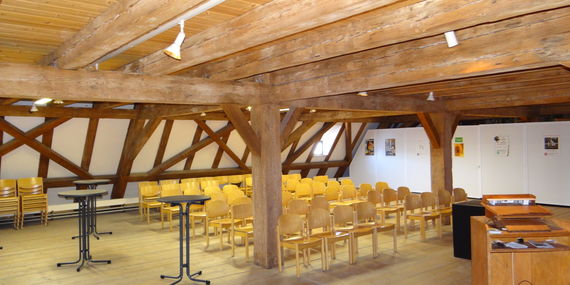 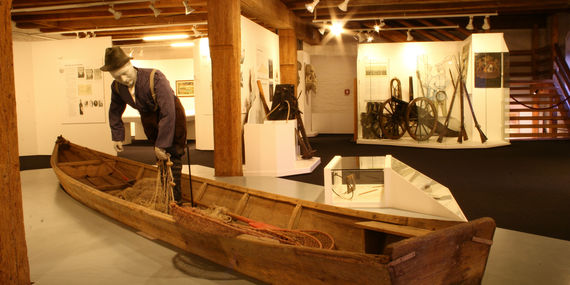